Disney’s upcoming Christmas release has unveiled its first full trailer yesterday. Hailing from Aladdin directors John Musker and Ron Clements, Moana is a Hawaii set tale of young Moana seeking out a demi-god in order to save her island. A setting we’ve not really seen in film before and the addition of songs composed by Mark Mancina alongside America’s new sweetheart Lin-Manuel Miranda (Hamilton on Broadway seems to be THE show to see this year) promises much.

Factor in the enthusiastic Dwayne Johnson as the titular demi-god (Johnson always gives his all to performing and marketing his films) and newcomer Auli’i Cravalho as our heroine, its evident Disney want to be as committed to their setting as possible. Judging from this new trailer it will also be one of their most beautiful pictures. In fact Disney have had to create a whole new effects engine to simulate the most realistic water possible.

As per usual with the Mouse House there are also some cute as hell animals involved; just look at the pig in this new poster: 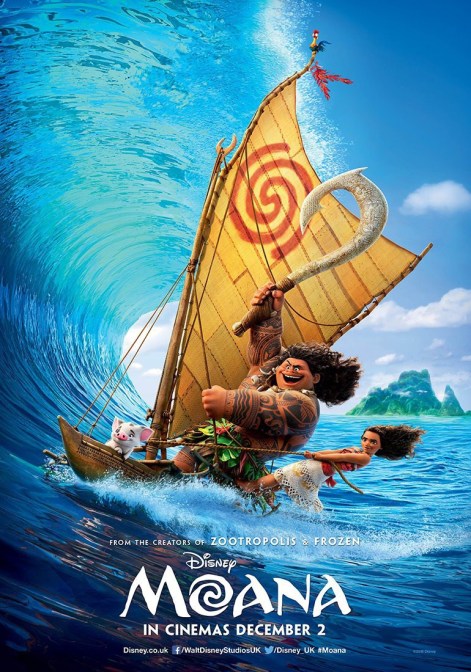 Take a look at the trailer below