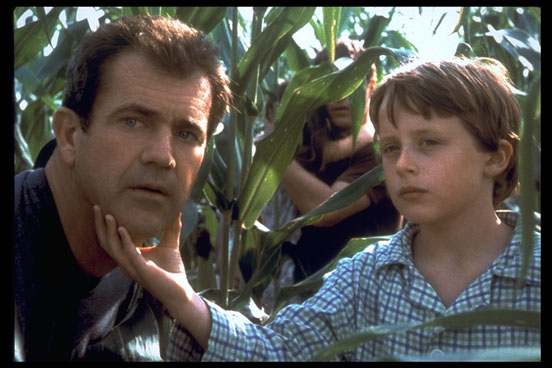 Film is in many ways a rite of passage. Through the years and as we reach the tip of adulthood it is the pictures that can allow us to make those early strides towards facing the big bad world. I think we all remember seeing our first kiss on screen, and in turn our first glimpse at that icky thing our childish minds called love. Or the first sex scene we witnessed, either at too young an age to understand what was happening or at just the right age where the sweaty breasts and vigorous humping made you feel just a little bit excited. (For me it was the breathtaking sight of Kate Winslet undressing in Titanic, a coming-of-age moment right there) Then you have your first 18 rated film, most likely one filled with over the top violence and gore. Some catch their first glimpses at a young age, most likely down to relaxed parenthood or a school friend who’s managed to find that hidden copy of Robocop. Others wait a bit longer, perhaps until they’ve hit the heady heights of 18, after all watching one before that age is a little naughty (the Squares).

One key aspect in this film rite of passage is your first horror film. Many in the movie critic world cite their first screen scarefest as a key component of why they fell in love with film in the first place. I’ve heard many a tale of parents introducing these young future film buffs to the magic of the Grindhouse pic, or the gory delight of the video nasties. Genre films, and especially those of the horror kind, offer the purest thrills, the simplest of stories and the excitement of the unknown. Simply put, if seen at a young age, they offer a chance to feel like an adult, to witness unspeakable things and get proper shit scared.

I did not have one of those rites of passage. I did not see my first horror at a young age. I did not see any of those so called classics, such as The Thing, Alien or Evil Dead. I, quite frankly, was a pussy. My parents were not fans either. My mum sought the escapism of Star Wars or the safety of Back to the Future, no chance of scares there. They did not seek to open my eyes to the thrills of the monster, like some of my other friend’s parents did. And I didn’t fret about that. I was a bit of a scaredy cat. One episode of The X-Files, the controversial one about the inbred murderers, gave me nightmares for weeks. I once caught a glimpse of an instalment of The Outer Limits my mum was watching, tame by todays and even for the 90s standards, but once again I could not sleep. Horror alluded me and I was fine with that.

My first real taste of a movie jump scare was in 2002 with M. Night Shyamalan’s Signs. 13 years old and I’d only been going to the cinema with mates rather than my folks for about 3/4 months. (Another movie rite of passage; your first cinema trip with friends and no parents; so adult!) Signs seemed like it would be fun. A smallish alien invasion flick from the director of two previous masterpieces. It may have a couple of mild scares but what the hell I was a teenager and with a buddy. As the lights went down and that terrifically foreboding James Newton Howard score kicks in (one of his best) I was immediately on the edge of my seat. It all starts tame enough, Mel Gibson’s priest has lost his faith and ekes out a living as a small town farmer. A brooding tension builds. Noises in the night, crop circles appearing, dogs going nuts at something in the field. Shyamalan builds all this quietly and effectively. Then the first jump hits.

Looking up after comforting his daughter in the middle of the night he spies an imposing figure on the shed roof opposite, and the soundtrack blares loudly. My first taste of the familiar method of eliciting a jump scare. I hate moments like this. Not jump scares (after all these films and years I’ve become a little immune to them) but figures in the dark just standing. Seemingly human but with something just a little off. Chillingly effective, conveying fear and terror with real simplicity.

Here on in it just gets worse. Alien legs in the night, a hand under the door and in the films most triumphant scare a kids birthday party with a surprise guest. This one in particular saw the entire auditorium explode in screams. My first taste of the unity horror brings out in an audience. As with comedy, these two genres are the strongest in making us all feel as one, laughing together or shaking in fear together. They are also the ones that elicit the most adrenaline to the brain (plus certain action films), and therein lies the pull of horror. You may end up scared to the bone, but a small part of you wants to do it all again, to feel that rush all over again.

In that screeching theatre (i feel like the 12 rating resulted in a lot of horror newbies like myself) I felt that rush. The film does veer away from terror as it goes on, becoming more of an optimistic treatise on the nature of faith, family and forgiveness. I believe it’s M.Night’s best film and the last real great one of his career (I’m hoping the upcoming Split will be a return to form). But it holds a bigger place in my heart for what it introduced me to. Some of you may argue that it’s pretty damn tame in the scare stakes and it’s not actually a horror film, and both arguments would be right. Yet for a young man, easily scared (I’m a bit tougher but still a wuss when it comes to letting a horror not affect me) it was a defining moment. It opened my eyes to how malleable a medium film could be, that in the darkened room of the multiplex you could feel fear, chills, and maybe a little hope. That when faced with scary images total strangers can scream together and yet feel comforted by one another. The monsters may be out to get you but you are not alone.

Who’d thought Signs would be the film to teach me that?!